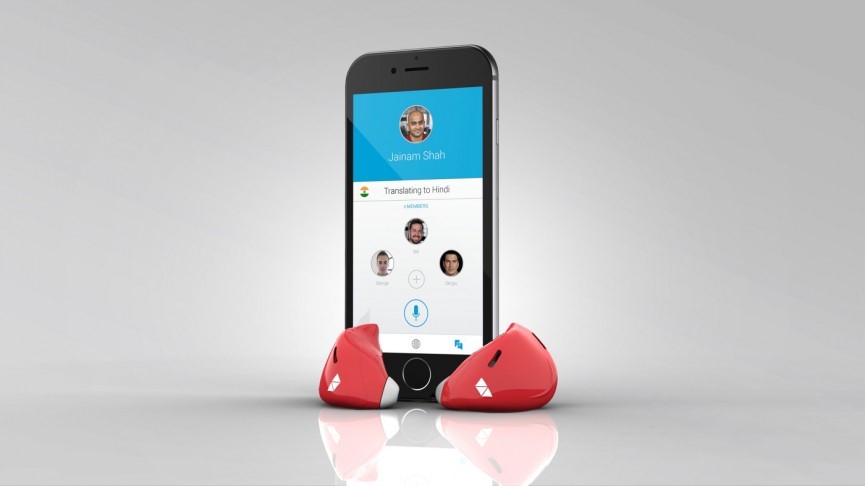 A couple of days ago I wrote that a universal translation device is not possible; however it seems I have been proven wrong. Waverly labs, a start-up company based in the US promises the first universal translator by the end of 2017 named “Pilot”. It is a small wireless Bluetooth device that you can put in your ear and in the ear of the person you want to talk with. When you talk in your own language the device captures the sound and sends it to the accompanying app that checks the spoken words to their database. It then translates it to your native language; the same principle applies for the wearer of the other earplug. All for a mere $299 dollars.

Projects such as this are made possible thanks to the thousands of backers on Indiegogo, a crowd funding website. While crowd funding provides small companies the change to get capital for their projects unlike any other form of financing, it does have its flaws. For example what happens if the company goes bankrupt before the product is fully developed?

As with anything highly anticipated it is sometimes better to wait before you purchase something to see if the hype can live up to the reality. Take for example the SKULLY-AR, a futuristic helmet that SKULLY claimed had all the same things that can be found in the dashboard of a car, such as: GPS, voice control and even a rearview camera. It was seen as revolutionary by many motorcycle enthusiasts eager to get their wallets out to buy the helmet of their dreams.  But almost $15 million dollars into funding the company had to file for bankruptcy due to gross mismanagement of company funds. Leaving the backers of the campaign empty-handed with no –one to go to. Indiegogo is not liable as they are merely a platform and don’t guarantee any physical products. SKULLY in turn classified Indiegogo supporters as unsecured creditors, who aren’t guaranteed anything in the case of bankruptcy which meant $1,399 down the drain for most backers.

Another example, but funded on a different crowd funding website (Kickstarter) was Zano who was developing a drone the size of your hand. On Kickstarter it seemed that the product needed mere funding for bigger scale production. Sadly the project wasn’t even half finished and in the end they only shipped out a couple of hundred prototypes, which by no means were similar to what they had advertised. Then, after securing 3.6 million euro’s the company filed for bankruptcy. An outcry of backers ensued demanding their money back; however in legal terms the backers were in the same position as the unfortunate people who funded SKULLY.

Now it is not to say that Waverly labs will go down the same path. In fact the CEO Andrew Ochoa states that the first sets will be available at the end of this year. But customers be wary as you might be disappointed if you think this is the universal translator of the future. Here is why it is not:

Because the CEO says so

Paul Armstrong from Forbes had an interview with Andrew Ochoa and noticed that he is already downplaying some of the previous statements made. Ochao: “We’re building a hybrid system. Some of it’s licensed and some we’ve built ourselves. We don’t want to make any promises or references that this is incredibly real-time or that we could give you an earpiece and drop you off in the middle of Tokyo. That is not what we’re trying to convey at all.”

To get a general understanding of what message the opposite party is to convey this might be enough. However by no means is it a way of having a real conversation. Keep in mind that the earpiece does not compute the translations; it is the application that comes with it that crosschecks the spoken words to their database to give a response to the earpiece. It is in its essence similar to Google translate via a very expensive Bluetooth headset. In this way, it makes much more sense to just have the Google translate app to speak into and playback to the person you want to speak with.

In random locations it won’t work

Imagine walking into a store where they speak a different language. When you wear the earpiece you might be able to understand some of the things that are said to you. But it would be very hard to convince a stranger to put an earpiece in to make sure he understands you. Let alone the background noise that the device needs to filter out. There is not always a secluded room available to get translation in.

Ochoa: “Our own app lags much more than Skypes’ latest translation engine does…they are using. I’m not saying we built something comparable to that…we’re combining technologies that currently do [artificial intelligence], speech translation and wearable technology.”

Now is it all bad? Perhaps I am a bit too skeptical. Let’s see what happens in the next months to come. In the meantime there are much cheaper alternatives that basically do the same job but at no cost.

Stepes: For instant translation that is accurate all of the time Stepes is your best option as it uses humans for translating instead of machines.

Google translate: For all your instant translation needs this might be the quickest option. Although not always accurate it certainly gets the gist of the message.

Skype translate: its tool allows you to translate language in real time during a text chat on Skype. You can change to and from language for any Skype text chat session.