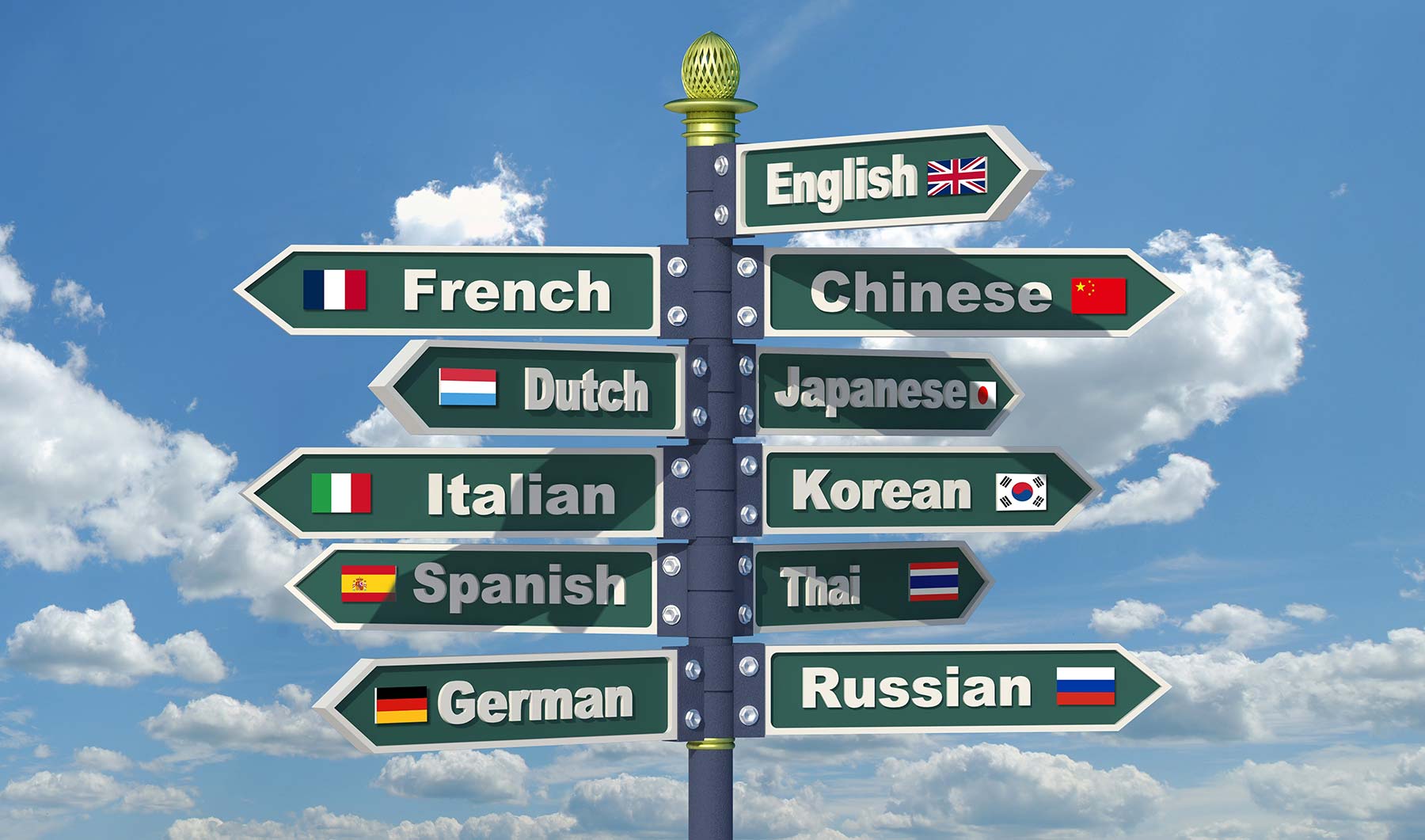 With more and more businesses going global, it is slowly becoming more of a necessity for people to speak languages other than English. Yet, with so many languages to choose from, it may be difficult to pinpoint which languages you should learn first. Thus, here are a few languages that we recommend:

Being the official language of China, the world’s most spoken language, and the second most used language on the internet, it is no wonder why Chinese is the language to learn in 2017. With a booming manufacturing and service driven economy, many businesses are flocking there as they too are realizing the business potential that China has to offer them. Therefore, learning Chinese could give you a huge ‘leg-up’ in the business world.

Not only that, but as the language is so difficult to learn (according to the United States Foreign Service Institute, it takes around 2200 classroom hours to gain fluency), to be able to communicate in the language not only shows skill, but also dedication and drive.

Being the fifth most spoken language in the world, we’ve ranked Arabic in second place. In current trends, we can see that Arabic is the gateway language to doing business in the Middle East and North Africa, especially as many Middle-Eastern businessmen and women can only speak the language. Even though there is regional instability in various areas, the vast availability of natural resources and the recent boom in tourism and real estate, has resulted in many Arab entrepreneurs becoming some of the wealthiest people in the world and willing to spend and invest in western companies. To be able to speak Arabic, like Mandarin, could potentially open up many business opportunities in the Middle East.

Moreover, as Arabic is known to be such a difficult language, mainly due to its grammar, to master the language not only shows ability and talent, but shows commitment and determination.

In third place is Spanish – the second most widely spoken language in the world. With consumerism growing in Latin America and Mexico expected to boom over the next few decades, it is obvious that Spanish is and will increasingly be a language which one must learn. Knowing the language has the potential to open up business opportunities in Latin America, the USA and in Europe. On top of this, it is easy to learn, hence all the more reason to learn the language.

Portuguese has earned it spot in 4th place, not only because it is the most spoken language in Latin America, but due to Brazil’s recent shift into the lime light – especially as it was home to the 2016 Olympics and the 2014 World Cup. As a language, Portuguese has high potential to grow, especially as Brazil has many untapped resources that could potentially be leveraged. Also, like Spanish, it is relatively easy to learn, only taking around 600 classroom hours to become proficient, thus all the more reason to study it.

Having the biggest economy in Europe and the 4th largest in the world, German is a vital language to learn if you want to access the German market. Moreover, being one of the core countries in the EU, to have German up your sleeve would also be very helpful in conducting business in Europe. Moreover, as it is a fairly easy language to grasp (according to the US Foreign Service Institute, it only takes 900 classroom hours to master) it is all the more reason for you to learn it.

With the majority of India speaking the language, we have placed the standard and Sanskrit register of the Hindustani language (Hindi) in 6th place. As India’s economy booms and has the expectation of overtaking many developed counties in the process, to be able to communicate in the language could present a variety of opportunities in India. Not only that, but as so few people are learning the language; it could give that edge that many look for in the job seeking world. In regard to its difficulty, Hindi is not the hardest language to learn, but definitely not the easiest, but none the less it is worth a try!

Being one of the official languages for the UN and a permanent member of the UN Security Council, we have placed Russian in 7th place due to its diplomatic importance. With approximately 200 to 260 million speakers, Russian is cited as one of the most widely spoken and influential languages in the world, especially in Eastern Europe and central Asia. Moreover, with Russia being the world’s top oil producer and many post-soviet states growing rapidly too, to have Russian up your sleeve could provide opportunities in upcoming markets.

In regard to learning the language, it is said to be one of the hardest languages to learn, mainly due to its unique grammar. Hence, to learn the language could provide that edge which employers look for.

Finally, in 8th place, is Japanese. With Japan being in the forefront for technology, electronics and in innovation (all types), to have Japanese in your repertoire would provide opportunities in the Japanese market. Not only that, but as Japan’s population is dwindling, it may not be long until Japan starts to open up its job market to people from other countries.

Also, as Japanese is one of the hardest languages to learn, especially due to its grammar (one sentence in English could be said in many different ways in Japanese, each for different social situations) to master the language not only shows talent and skill, but also shows dedication and drive, hence all the more reason to learn it.

Ultimately, even though these are, in our opinion, the most useful languages to learn, to have fluency in multiple languages has the potential to set you apart from other job seekers. So don’t wait, start learning!