Six reasons why mobile translation is poised to explode 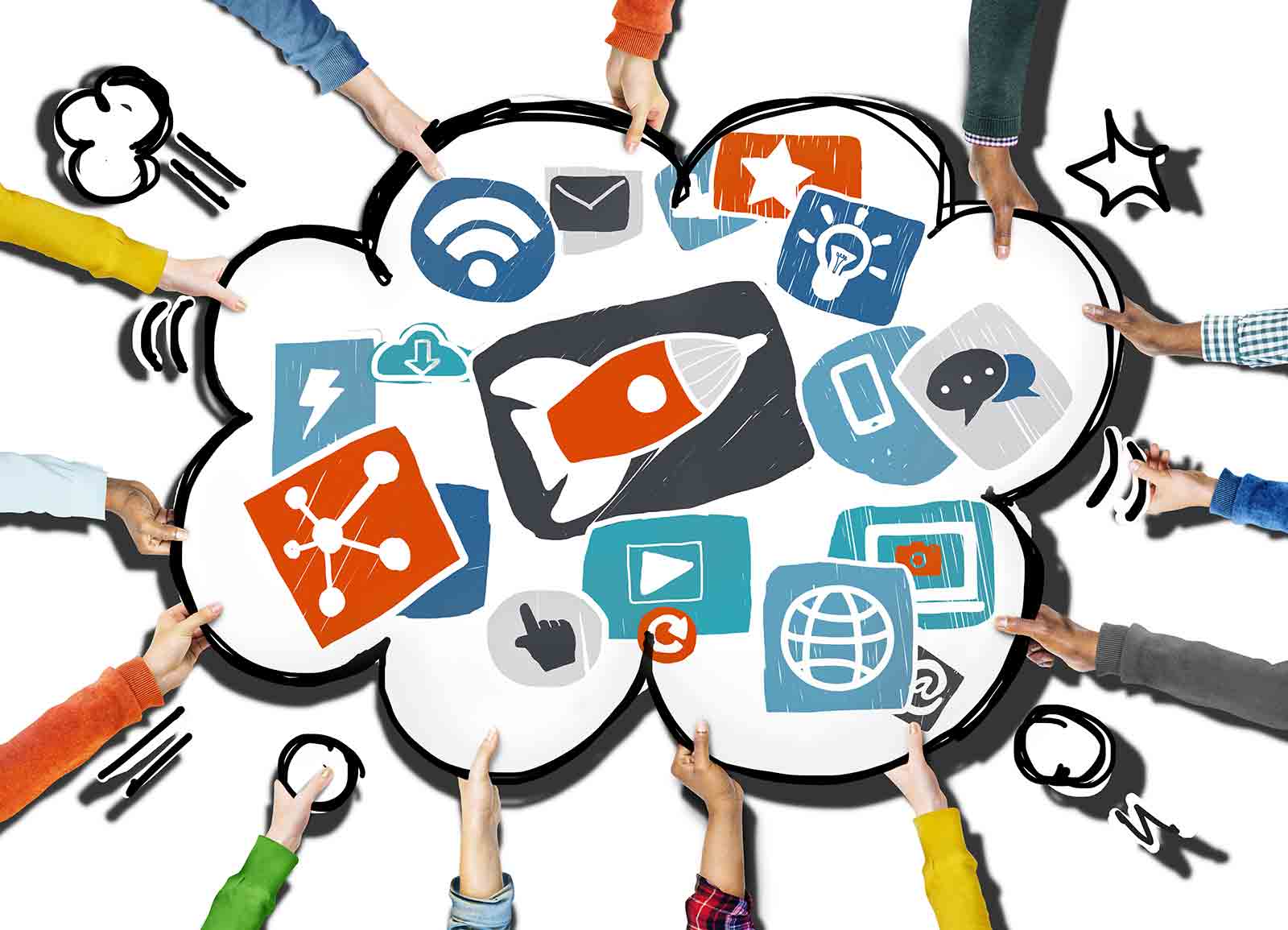 In 2012, Google received over two million search queries per minute globally; by 2014 that number more than doubled. That means Google was receiving three billion queries per day, working out to 90 billion queries a month or about 1.1 trillion searches per year. In terms of information size, Google’s search engine processes 20 petabytes of information now per day which is, according to Cost of Content Clutter Infographic, equivalent to half of all of the written works of mankind created since the beginning of recorded history. We are creating nearly as much information in a single, modern day, as we did in all of history. Now that’s an information explosion.

Excitingly, in May 2015, Google announced that it was getting more search queries on mobile devices than it did from people browsing on desktop computers. Google is not alone in witnessing a migration from desktop to mobile. For example, Facebook users share nearly 2.5 million pieces of content on Facebook every minute, and 78% of that content are posted from mobile globally. 85% of Twitter’s nearly 300,000 tweets a minute happen on mobile. All of Apple’s 50,000 App Store downloads are done on mobile devices. Mobile is now penetrating Instagram, YouTube, Amazon, Netflix and many more digital platforms. Mobile plays an increasingly critical role in today’s worldwide content creation and consumption.

The world needs good translation solutions that are able to keep up pace with the information explosion so those content can be shared across languages. Currently, the Web population is virtually silo-ed into regionalized content divided by countries and geo-locations. For example, user-generated content posted in the French version of Facebook usually stays in French and is not visible to users speaking other languages such as English or Chinese. The same is true for Japanese tweets in Japan. However, in an increasingly connected and globalized world, the ability to create and share information across languages is a necessity for global trade as well as prerequisite for better understanding diverse cultures.

We estimate that the total number of words translated each year to be well over half a trillion with an annual spend of 38 billion USD. Although this number seems quite large by itself, if we divide it by the large number of spoken languages in the world, the number of translated words in each language dwindles significantly. English is by far the most translated language followed by Spanish, French, Chinese, German and Japanese (not necessarily in that order.) Unfortunately, this neglects a significant portion of the world’s most widely spoken languages. For example, India alone has 22 major spoken languages, each with millions of speakers, but currently experiences no significant translation. This shows the world needs modern translation solutions that can scale up to meet the global demand for the information age. 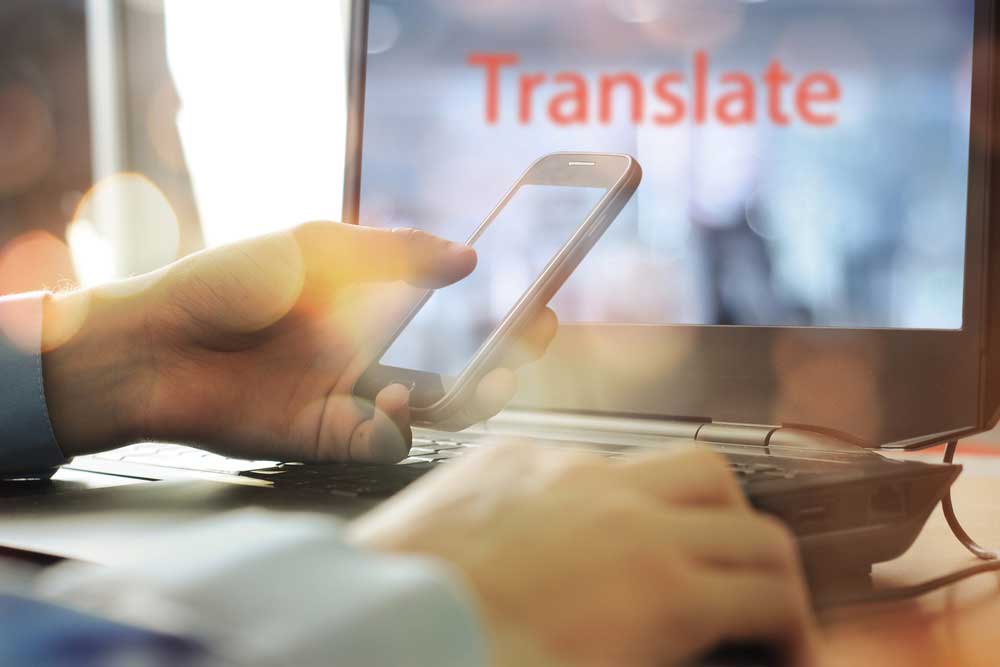 The following are six reasons why mobile translation is poised take off.

1. The market demands it

The world’s information explosion demands quick and affordable translation services on a large scale. The fact that Google machine translation receives 1 billion translation requests a year through its Google Translate platform is a clear indication of this enormous demand. Unfortunately, the current translation model with desktop only approach is no longer able to address market demand. This is why mobile translation powered by millions of translators from around the world is the only solution to delivering quality human translations on demand in all of the world’s major languages.

Compared to many new businesses that have taken off with the sharing economy as a result of the mobile revolution, translation has the advantage of being purely digital in nature. Text can be translated into any other languages electronically, without requiring any other auxiliary equipment to deliver the complete service end to end. This makes translation especially well-suited for the smartphone as it’s the only thing that the translator will need to deliver mobile translation service when and where they want.

This type of paid mobile translation is very different than many of the translation apps available today on Google Play or the Apple App Store. For the most part, existing mobile translation apps use machine translation to help the user get a sense of the foreign language text. Other apps are language dictionaries that also do not pay users for translation work. The same is true for the majority of all mobile apps, in fact, many apps even cost money for users to install or through in-app purchases. Stepes and other second generation mobile translation apps that allow translators to earn income and produce high quality human translations will become wildly popular as a result.

The world has a huge pool of bilingual talents with the capacity to partake in translation but never get opportunities to do it. These are people who speak two or more languages but also specialize in specific industry domains or subject matter fields. The combination of linguistic skills and subject matter expertise make them ideal for translating. The fact is that we all have some time to spare regardless if we are doctors, lawyers, engineers, financial consultants or gamers. This is a huge pool of untapped talent when it comes to accurate human translation for a variety of subject matter fields. However, until now, translation tools have been difficult to use and not easily accessible, leaving out many of these bilingual subject matter experts from translating. Mobile apps that make the translation process easy and accessible will finally change the dynamics, allowing many more bilingual experts to translate when and where they want and earn money.

The world needs scalable translation solutions to meet the demand of rapidly growing digital content. The world is witnessing an information explosion. Digital content is being created constantly from a multiplicity of sources, increasing the world’s translation needs for both business growth and global development in areas like the arts, tourism, and diplomacy. Since much of this content creation happens quickly and in large scale, traditional localization models with complex workflows involving many human touch points is no longer efficient.

This is why real-time translation solutions that scale up easily are sorely needed. Mobile translation provides just such an agile solution by tapping into a global pool of translators on demand.

6. The translation industry needs it

The translation industry has relied on the same existing model for years and is long overdue for change. According to Don DePalma, Chief Strategy Office at Common Sense Advisory, “We see a phenomenon in translation as it shifts from a cottage industry to a much more technology-dependent one, with large volumes of content flowing in many directions… The data leads us to believe we are approaching a turning point, at which the language services industry will need to reinvent itself.”