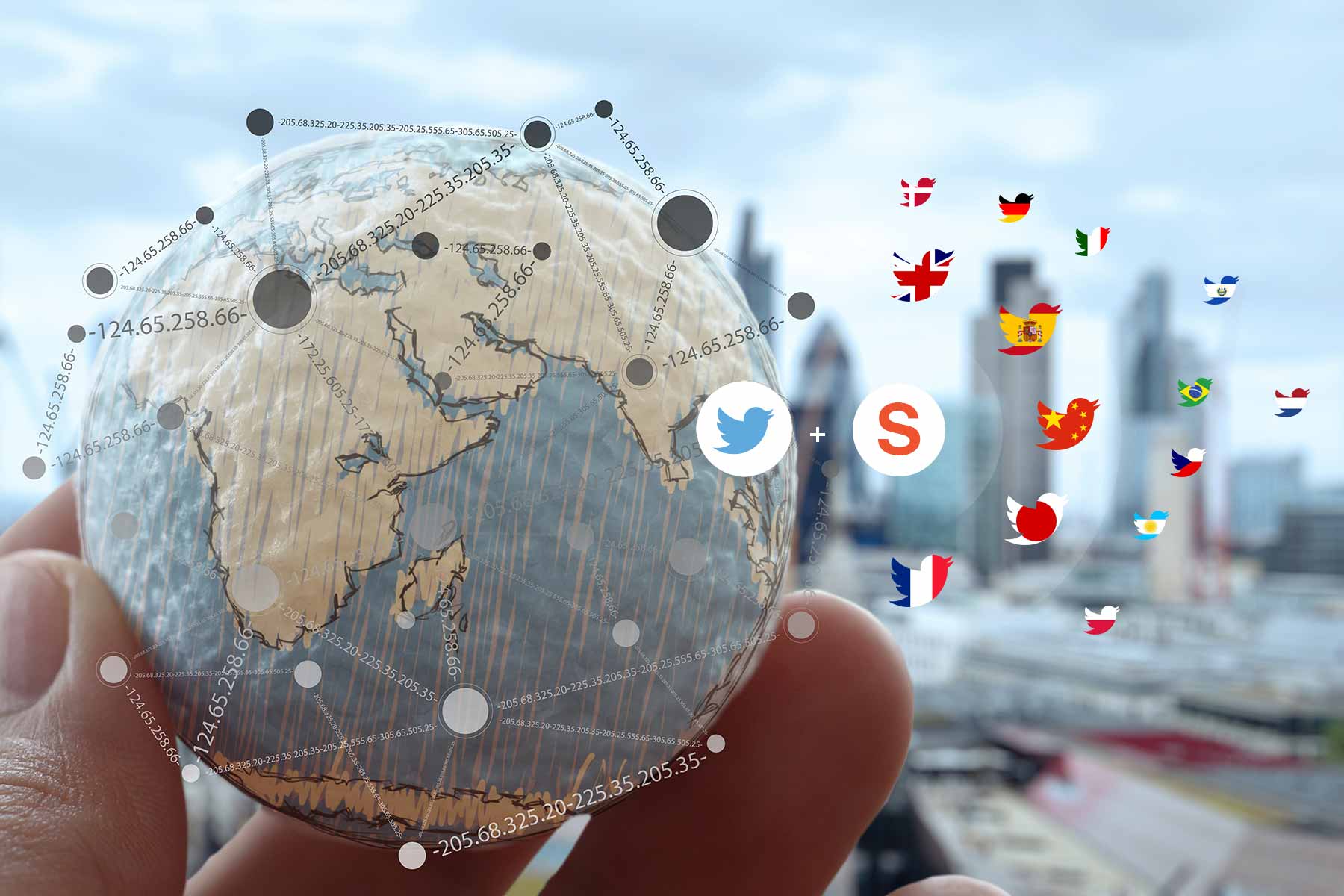 Companies each approach social media marketing differently, but one thing they all agree on is the significant benefits of being active on Twitter. Businesses use Twitter to reach their customers and engage with their followers by sharing valuable information about their products and service offerings. The millennial generation has further accelerated this development as Twitter and other online social media channels have become key influencers of their purchasing behavior.

A recent Kissmetrics.com article talks about industry findings that illustrate the power of Twitter and why businesses must have a sound Twitter strategy to achieve the best business outcome:

Twitter is increasingly beneficial to companies who are active on social media. But while most businesses understand the importance of being active on Twitter, an overwhelming majority fail to realize the importance of translating their Tweets into other languages to reach customers globally.

Like all other social media channels, content posted on Twitter in one language tends to stay in that language regardless how many times it may be viewed, retweeted, or shared. This means a product announcement in French will only be visible to French speakers, and anyone outside of the French-speaking world never has the opportunity to see the news.  Not translating your Tweets into all of the languages you company does business in will result in lost sales opportunities overseas.

There are many successful companies that do an exceptional job of promoting their business through Twitter. As Marshable reported some time ago, companies like Ford, General Motors, JetBlue, and Marriot International all have done a great job of using Twitter to help grow their businesses. Nevertheless, despite their media success in domestic markets, many of the same companies fail to recognize the significant benefits their Tweets would generate overseas. In fact, for most companies, Twitter translation is often the last thing they would think of. This is due, in part, to Twitter’s globalization maturity being so new. Additionally, effective translation solutions that make translating Tweets on a continuous basis easy, fast, and affordable are not readily available.

Machine translation (MT) is currently the only option for around the clock translation services. In fact, Twitter itself announced the incorporation of Bing Translator (a competitor of google Translate) into its micro-blogging platform in 2015. Bing Translator can only go so far, however; although MT works for personal or internal use to obtain a quick understanding of simple text, it should never be used to translate business Tweets. The relatively poor quality of translation would eventually tarnish a brand, damaging brand loyalty internationally. That is why platforms like Stepes – which provide real-time and affordable quality human translation solutions—are sorely needed to bridge the gap.

Stepes Twitter translation API allows businesses to provide their Twitter account (and any accounts in other languages) and Stepes will do the rest, providing just-in-time translation each time a Tweet is posted from the English account. The entire process is automated and provides continuous, around-the-clock translation solutions for businesses that sign up for such services.

So how does translating Tweets help you achieve global success? Below are a few of the major reasons globalizing your social media outreach brings big dividends to your business.

There are a number of ways to translate your Tweets. Although some companies choose to Tweet in different languages by staffing a marketing person for each major language market to Tweet independently. But this is a costly solution which can lead to inconsistent brand messaging. Hiring an outside translation service is a good option, however, localization service providers (LSPs) using traditional translation models often act too slowly to meet the speed requirements of the social media world which require fast turnaround times.

Continuous translation platforms like Stepes are ideally positioned to translate social media content because they are able to provide near simultaneous human translation service around the clock. Stepes mobile based platform is ideal for quick turnaround time. It automatically retrieves the text you have Tweeted and immediately sends the text to its large network of human translators, allowing them to translate anywhere and anytime from their smartphone.

The small expense you pay to translate your Tweets can yield generous returns on investment. According to CSA, a translation industry analyst organization, for every dollar a company spends on translation, they usually receive ten dollar back in global sales.