The Evolution of Mobile Translation 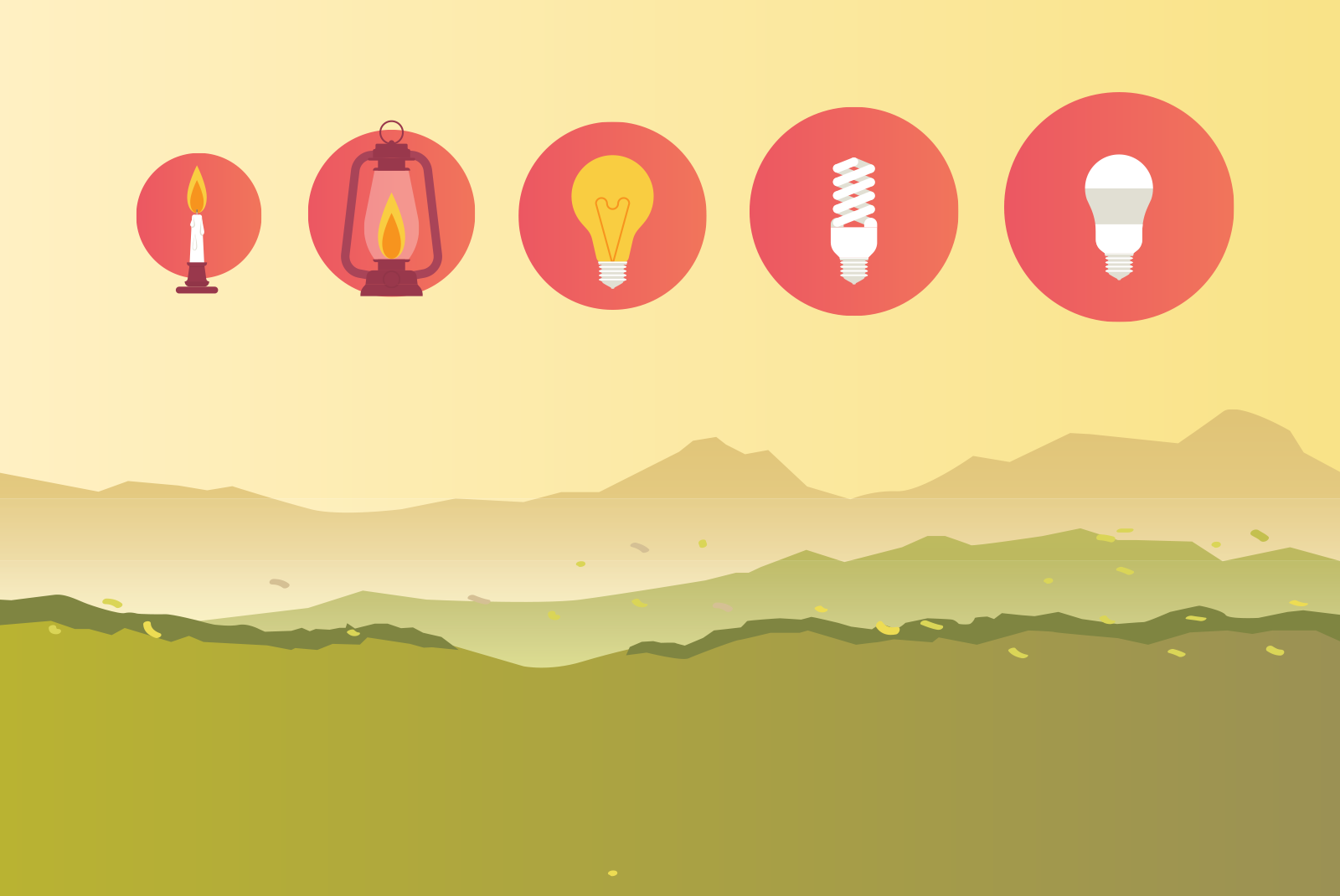 For example, there are apps for both Android and iOS that provide real-time translation of street signs in Japanese, French, and other languages into the user’s native language using OCR (optical recognition) technology and then MT (machine translation.) Other tools have been developed to translate a person’s speech into another language using text-to-speech, text-to-text, or speech-to-speech. However, one thing in common about these tools is that they all use machine algorithms instead of humans for the translation. Nonetheless, many of these tools provide a convenient and quick way to get things translated easily, delivering value for someone traveling around or conversing with someone speaking a different language. However, although MT has come a long way, it’s still not able to support businesses that require culture, context, and industry specific translation. This type of content need 100% accuracy that can only be achieved with human translation.

True mobile translation apps, on the other hand, are software programs specifically written for mobile devices that enable translators to perform professional human translation directly on their smartphones. Until now, professional translation tools have been mainly desktop based, employing intricate workflows and complex interface designs to translate the world’s large amount of multilingual content. For this reason, the possibility of mobile translation had been largely dismissed because localization software developers thought mobile screens were too small to process large amount of text efficiently, a common requirement of translation processes.

Fortunately, Stepes has finally solved this input dilemma by taking advantage of native mobile user behaviors, instead of simply forcing desktop practice onto mobile devices. Stepes, for example, employs the popular chat feature, a common task that is very familiar with the majority of mobile users today. As a result, Stepes makes it possible for translators to translate confidently on their smartphones with good user experience. Combined with voice-assisted input and MT, mobile translation can now achieve productivities comparable to desktop applications, which is the key for widespread adoption.

By allowing humans to translate and earn money on their smartphones, when and where they want, mobile translation opens up the trade to the world’s bilingual population. In doing so, translation service joins the likes of Uber and AirBnB in defining a competitive edge in the sharing economy. As the world globalizes, mobile translation technology will truly drive worldwide business.

There are now millions of apps in the world. Apps have become an essential part of our life and business, but still few apps actually allow people to derive additional income. The most successful ones – the ones that allow people to make money from – are few and far between. Uber and AirBnB have been wildly successful, but they also require users to own a car or a real estate property. This is why a translation app that allows users to make money by applying their language skill is a game changer. In some ways, translation apps are the best applications suited for mobile devices because they don’t depend on external equipment to complete the entire transaction, allowing the user to earn money using their mobile and only their mobile anywhere.

The early generations of mobile-based translation apps used MT to translate whatever is displayed on the mobile screen, so few allowed the users to actually make money. This is why true mobile translation apps like Stepes are revolutionizing the industry, because they are essentially professional translation tools on your smartphone. With Stepes, companies or anyone needing quality translation simply upload documents to Stepes, which first breaks down the documents into small segments such as sentences and phrases. These segments are then processed by the translator line by line in a chat style, instead of making translators work with text all together in an editor window. Translators are then paid based on the number of words they translate. 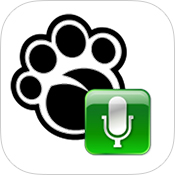 Talk To Me is a real time speech to speech translator developed for Android 1.5 or later. It is available for free from the Android Market. Currently, it can translate speech from 15 languages and output voice in over 30 languages. This application does not have any of its own TTS library, but uses Google Translate and Android Text to Text translator (TTS) for operation instead. Users just have to click on the microphone widget after installation and start speaking. After recording, the application plays back the synthesized translation in the chosen language. 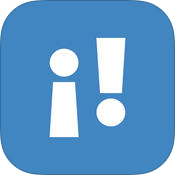 This app is available for both the Android and iPhone which does two way translations from English to Spanish and vice versa. Current version supports 40 other languages such as French, German, Portuguese, Russian, Korean, and Chinese. The app allows the user to speak a sentence and here its translation in a chosen language. The app includes an offline dictionary as well as a free Talking Translator. It also supports automatic sentence corrections as well as transcription/transliteration in many languages. If you are a student, tourist or traveler, it will helps you to learn the language. 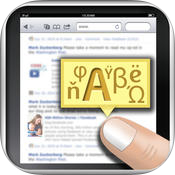 Tap-Translate is a translation tool designed for the mobile web browser. It uses MT to translate short sentences, paragraphs, or an entire page of text in over 55 languages. Current version only supports Safari. Users can also hear the translated word pronounced, in addition to seeing the translation on the screen. This app provides a quick and useful web browsing translation service. 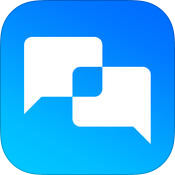 Translate Professional is a mobile translation tool that supports over 40 languages. It does translation by storing 300 of the professionally-translated phrases in the offline area of the app so no Internet connection is required for it to translate. The app allows the user to install different voices with in-app purchases. This feature allows the user to hear what the translated phrases should sound like when spoken aloud, and the voice can be slowed down or speeded up. This app is useful for people who are traveling abroad, allowing the user to communicate with others with either the audio or on-screen translations. 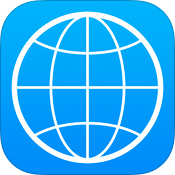 iTranslate is a free app available for iOS, Android and Windows Phone. It uses MT to provide real time translation into 80 languages. The app also provides a dictionary, text-to-speech, Romanization (which converts unfamiliar characters into English letters), and voice recognition via an in-app purchase. iTranslate has an option to save phrases for later use—a feature that is handy if you know the situations you’ll be finding yourself in ahead of time. You can type or speak English text, iTranslate will convert it into 80 other languages and will even speak the pronunciation back to you for a handful of languages, including Chinese, Polish and Turkish. In my experience, its speech recognition is quite accurate provided the user is in a quiet room. The app requires an internet connection. 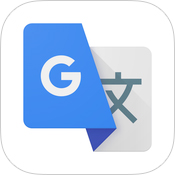 Google Translate is a free app available for Android and iOS. This Google’s app allows the user to point the smartphone camera at text and receive an instant English translation on-screen. Visual translation currently supports many languages, including French, Italian and Russian, and works without an Internet connection. The app also supports simultaneous speech translation between a pre-selected pair of languages. The user taps uses speech recognition to automatically convert what it hears into text and then translates it into the desired language. Currently, offline voice translation works only on Android phones. 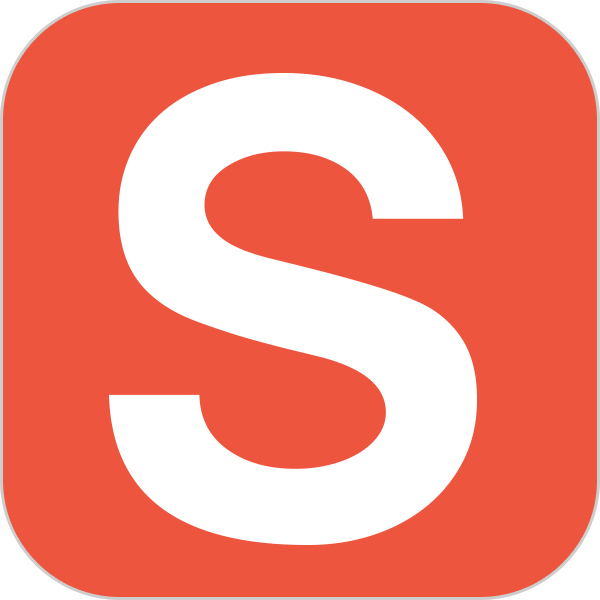