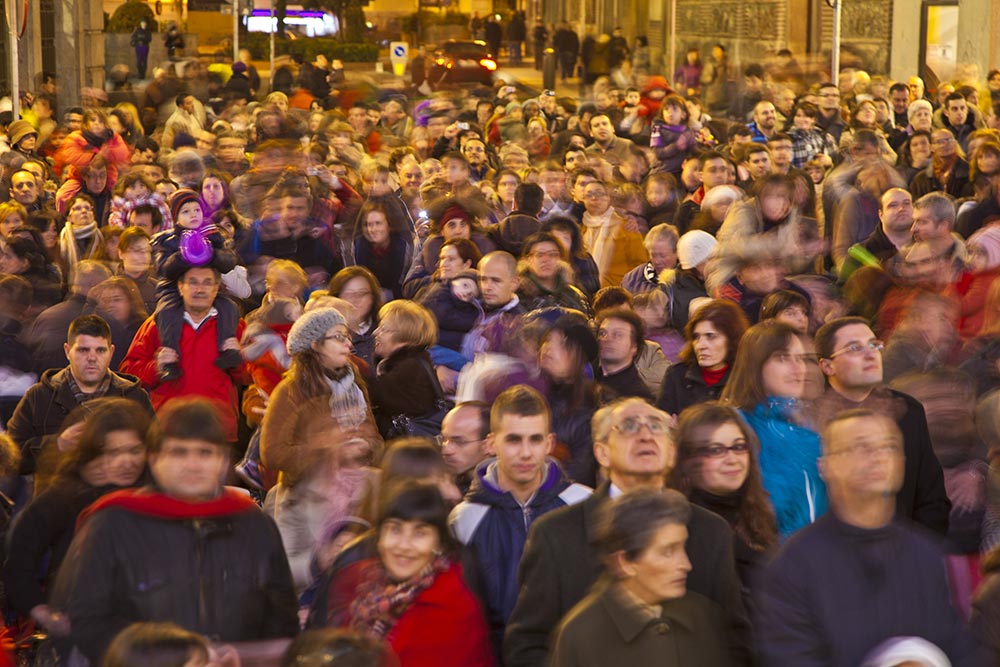 Stepes is a groundbreaking app for translators and those who need translation. It is also mobile-centric.

The decision to heavily focus on mobile-based component for Stepes is intentional. We strongly believe that mobile is the future of technology and sticking to a mobile platform – while risky – will make Stepes a revolutionary application rather than just a good one.

Mobile – a term including both mobile phone technology and the software and applications developed to be used on our smartphones – has already proven itself to be an unprecedented technological revolution. More than televisions or personal computers, mobile has the potential to change the way we live and interact with one another on a fundamental level.

Stepes aims to take advantage of mobile’s revolutionary aspects to give translation more than just a makeover; it will completely change how we translate and do business across borders.

The most obvious advantage of mobile technology has is that it is everywhere. More people than ever own smartphones. 2 billion people already use smartphones, and by 2020, that number will reach 6.1 billion, about 70% of the world’s population at that point. In fact, more people own smartphones than have access to Wifi, own cars, or have a bank account. In many regions, the smartphone functions as a mobile device, tablet, and personal computer in one and has completely replaced desktop devices.

Mobile’s advantages go beyond just widespread ownership. Mobile has completely embedded itself in our daily lives, to the point where we cannot go without our devices. Whether it’s to check texts, make calls, read the news, or scan email, mobile users look at their phones an average of 221 times a day. That’s an incredible figure (and perhaps a bit shocking) because it illustrates just how heavily we use our mobile devices.

Stepes takes advantage the ubiquity of mobile devices to fundamentally change the how we approach translation, international business, and language learning. We must recognize that mobile has the greatest reach of any technology out there today or in human history – and that scope is only going to grow. Stepes leverages the fact that we now have access to hundreds of millions of people through their smartphones to launch an era of Big Translation, where large numbers of people can work on translation projects.

Related to ubiquity is the scalability of mobile. With so many people now owning smartphones, software tools that have a mobile platform can be used by literally billions of people. For industries where the pool of human talent matters, this is a game changing development.

Translation has long been constrained by the limited amounts of translation capacity. Currently, there are only 250,000 professional translators in the world. That’s an especially underwhelming amount when we consider that there are more than 6,500 languages spoken and a global market of more than 7 billion people. Moreover, translators tend to be skewed more heavily towards working in Romance or European languages, but that distribution doesn’t reflect the actual linguistic distribution out there. Less than 5% of the world speaks a European language, meaning that a large portion of the world’s population is being underserviced and unreached.

Mobile is an especially powerful tool for addressing this gap between language supply and demand because of its wide reach. Nearly half of the world (3.65 billion people) are bilingual or multilingual; if just a fraction of these speakers own smartphones as the doubtless do, the translation power we could capture would be huge. That’s what we mean by scalability – the potential to exponentially expand the scale at which we tackle problems together. With mobile translation tools

The concept can be applied to any number of other problems that would benefit from crowd sourced human power. Which leads us on to mobile’s next advantage…

Mobile’s potential applications are nearly limitless. In part, that’s because mobile as a technology is flexible enough that add-ons and its compatibility with other technologies can create a staggering number of combinations for mobile’s uses.

Mobile’s applications for personal applications are clear; we already use mobile apps to track our fitness levels, connect with friends, and play games in our free time, among other things. However, mobile can also be an incredibly powerful technology platform for companies to connect with customers and governments with citizens.

Because of its versatility, mobile has already begun to change some of our most basic institutions. Our financial institutions now see mobile as a key arm in their financial strategy; mobile banking has taken off and become the largest channel by volume for financial transactions. Apps like WeChat Wallet, Alipay, Venmo, and others have introduced new models for storing and exchanging money virtually, even if the mobile money ecosystem has a long ways to grow. By extension, mobile could also drastically improve verification processes for identity documents and identity confirmation. The US Border Patrol already has a mobile passport app that allows travelers to pass through Customs with only their smartphone. In combination with evolving block-chain and encryption technologies, mobile could replace country-issued passports and identity verification papers altogether.

Mobile is also changing the way we learn about the world; consumers of information routinely ditch paper in favor of digital versions of their favorite news publications, with the majority of them choosing to read articles on mobile versus other devices. More and more reading interfaces are being adapted for smaller mobile screens, so that we can do more of our daily work on our phones.

Stepes wants to use mobile to change traditional translation processes, but the versatility of mobile means that Stepes may well evolve to incorporate functions beyond translation. Going forward, language and translation are just the tip of the iceberg in terms of mobile’s potential to change the way we work with one another.