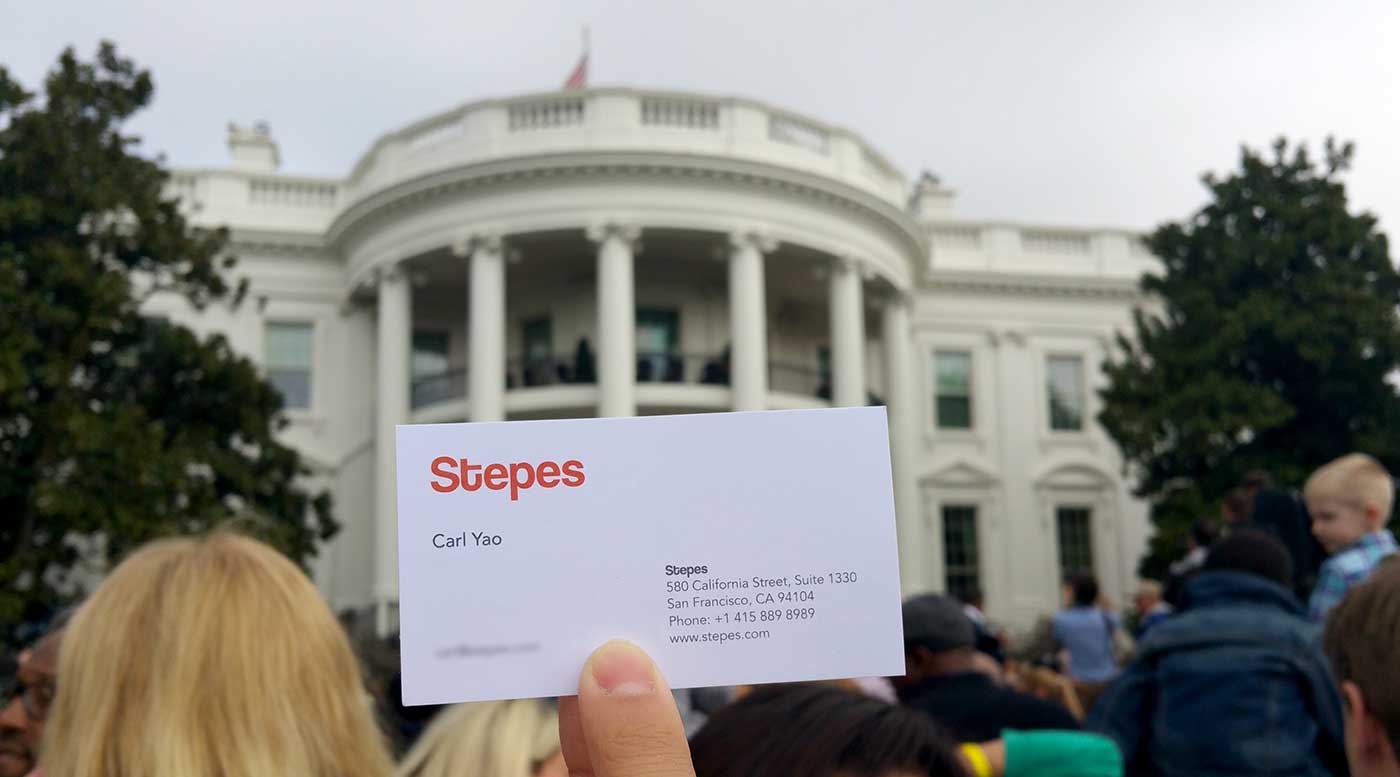 The 2016 White House Easter Egg Roll hosted by the First Family kicked off last Monday, March 28. It was the 138th annual White House Easter Egg Roll and the last one to be hosted by the Obama Administration. The weather had been gray and rainy for the previous evening, and night and forecast was for the rain would continue on during the day. However, by ten in the morning, the rain came to a stop and the bright sun and blue sky miraculously broke through the clouds. It turned out to be a perfect day for the many egg-hunting kids and adults alike, looking to find their gold eggs. The theme this year was “Let’s Celebrate!” Among all the fun and games with such activities as sports courts and cooking demonstrations, this year’s event also included the first ever White House Fun Run in honor of the First Lady’s Let’s Move! Initiative.

Meeting the national policy director at the White House

Earlier in the day, Stepes with its corporate incubator CSOFT had a chance to visit the First Lady’s Office and met the First Lady’s Policy Director in the East Wing of the White House. Stepes is the platform used to translate the Obama Administration’s Let Girls Learn initiative into up to 170 languages. Even though it was my first time visiting the White House, the entire visit was the most inviting and welcoming visit I have ever had to such a high office. Like the First Lady herself, the whole experience felt authentic and warm. Nothing is more fitting than the fact that Stepes’ own mission is to “Let the Experts Translate,” a campaign that harnesses the collective talent of the world’s bilingual people to help break down language barriers. By helping to translate the literature and learning materials for Let Girls Learn, Stepes makes it possible for more girls from around the world to reach their full potential.

Meeting the national policy director at the White House

Speaking of translation, the world has a massive bilingual population; there are an unbelievable number of people who speak two or more languages but also specialize in an industry or are domain experts in a particular subject matter field. Until now, many of these bilingual experts haven’t had the opportunity to put their language skills to work to help break down the world’s language barriers between cultures and people. But for the first time, mobile technology like Stepes, designed to make translation easily accessible to everyone on their smartphones, is able to combine the power of machine learning with the unbeatable quality of human language skills. Finally, we are able to provide quality and affordable translation solutions that not only help business expand globally but also promote understanding among peoples and cultures.

Later in the day, Stepes visited one of the newest museums in Washington DC: the Newseum, an interactive museum of news and journalism located at 555 Pennsylvania Ave. The glass and steel museum is modern and spacious with dozens of high-tech and artfully decorated theaters and galleries on seven floors. The exhibits include a wonderful collection of news history, the First Amendment and news reports from some of the most memorable moments in recent history. The written word can be so expressive.  I was completely taken away by the powerful newscasts on the Vietnam War, the September 11 terrorist attacks in New York, and the Watergate scandal. It was amazing to see all of those great moments in recent human history captured in such great details in a single place. 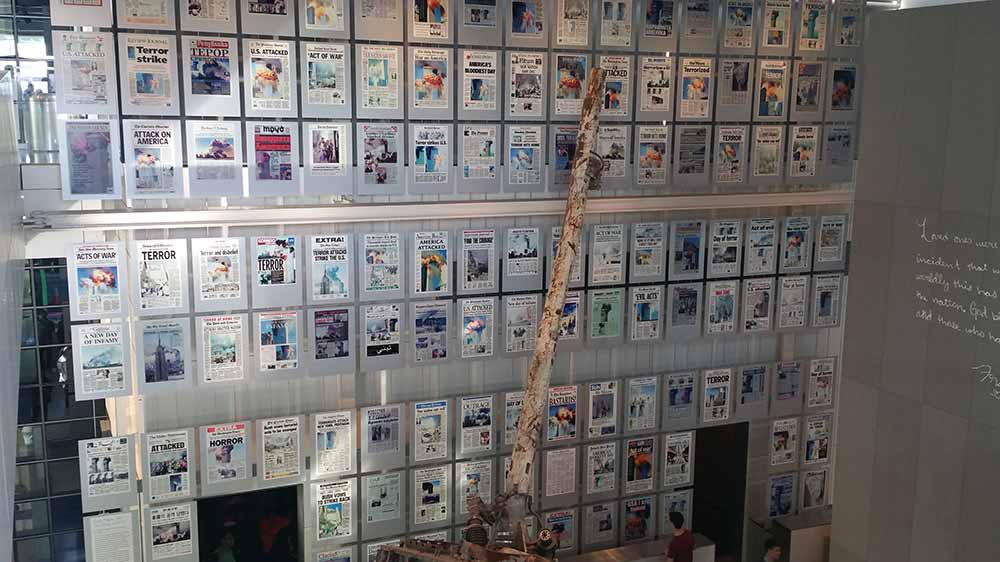 I began to wonder how fantastic it would be for more of these powerful stories to be easily told and shared across languages so more people could benefit from them. I looked for such a language representation going thought some of the 21st century events at the museum, but found only a scant effort to bridge the language gap. English is still very much the dominant language. Although human civilization has progressed to a more and more advanced degree, we are essentially still confined to the knowledge and views described in our own language. In some ways, we experience a greater sense of isolation in our contemporary lives, especially in the Internet age where the world is connected but we simply can’t understand each other. That is why I believe cross-language communications and the breaking down of language barriers will be the next major global revolution.

The information explosion of the last decade has highlighted the major mismatch in the supply and demand of quality translation. Currently, the world only has 250,000 professional translators, yet there are 6,500 languages spoken. How we bridge this language gap seamlessly is a challenge perhaps more difficult to solve than landing humans on Mars. However, encouraging developments such as machine translation and mobile powered big translation are moving us in the right direction.

As the world continues to become ever more globalized, language representation will become the norm rather than the exception. Specifically, machine translation (MT) like Google Translate has built huge awareness for the need of on-demand translation so the world can better communicate. However, MT alone cannot and will not able to meet the demand for quality translation with culture, context nuances and specialized industry and subject domain understanding, at least not in our lifetimes. This is why the ability to combine machine powers with quality translation by human linguists will be the key to break down the world language barriers and bridge its cultural gaps.