Could language barriers have played a role in Lochte’s problems in Rio? 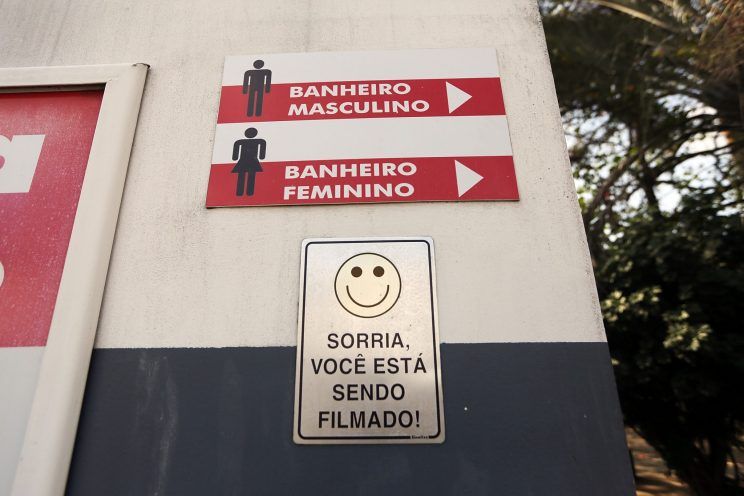 Ryan Lochte has been making the rounds in the U.S. media recently, not because of his Olympic swimming achievements, but because of his brush with the law in Rio. Now infamously dubbed as “LochteGate,” the incident involved Lochte initially claiming that he, along with his fellow American swimmers Jimmy Feigen, Jack Conger and Gunnar Bentz, had been robbed of their money at gunpoint by men impersonating police. Lochte later recanted the claim saying that he over exaggerated what happened at the gas station in the morning of August 14th. The story eventually turned out that one of the drunken swimmers had vandalized a gas station bathroom signs and then paid money quiet witnesses. Bentz, one of the swimmers involved in the incident later admitted: ‘I’m unsure why… but Ryan ripped down a sign and yelled at the security guards at the gas station.”

Although I am in no way defending their unruly behavior, I nonetheless wondered if the U.S. swimmers would have acted differently if they had understood what the sign Lochte ripped down had actually said. The sign said in Brazilian Portuguese: “Smile, you are on camera.”

How many situations were made worse by a lack of mutual understanding? What could we prevent if only we could achieve multilingual communication?

Drawing the lens back, I posit that many of our worldly conflicts would never have happened if not for serious misunderstandings related to poor cross-cultural communications. For example, one of the contributing factors that might have led to the U.S. dropping nuclear bombs in Japan during World War II was a bad translation of then Japanese Premier Kantaro Suzuki’s response to the Allies’ ultimatum demanding the unconditional surrender of Japan or facing “utter destruction.” Suzuki’s word “mokusatsu” was meant “no comment,” but the word can also mean “we’re ignoring it in contempt,” and the incorrect translation was relayed back to the American Generals. On a more lighthearted note, a Chinese tourist was mistakenly treated as a person applying for refugee status in Germany due to language barriers with the German officials because he didn’t speak English or German.

In a globalized and inter-connected world, the ability to communicate across languages is becoming increasingly essential. More and more people travel abroad and the ability to understand other languages will prove to be not only a necessity but also a prerequisite for staying out of harm’s ways. Too often, translating public signs has been left as an afterthought for governments of cities and towns around the world and is left to the individuals to tackle. Wouldn’t it be wonderful if people had a mobile app that translated these signs accurately on demand to make it easier for travelers and to prevent any regretful frustrations?

The good news is that there are now many apps that do just that. These apps allow users to snap pictures of foreign signs or anything else they want to understand and have them translated instantly using machine translation like Google Translate. However, while machine translation is fast, it’s not often the most reliable (as illustrated by this Youtube video). This is why a new generation of mobile translation apps such as Stepes that use human-powered translation capabilities has been created to bridge this language gap. For example, with its soon to be released One-on-One function, Stepes makes it possible for people to obtain instant human translation of signs or anything else they want translated. This can include live speech or video on-demand anywhere and anytime. In fact, Stepes makes it incredibly easy to hire a personal interpreter so you can go about your international events without having to worry about language barriers.

On the other hand, it is about time that cities and towns around the world do a better job translating their public signs. Too many times, we see poorly translated signs that, in addition to getting a few laughs, do little to help people who really need to understand the information. Sometimes, not understanding the signs can lead to major problems, such as missed flights or ending up on the wrong trains.

Still many governments are beginning to make efforts to create more friendly cities for international guests by fixing up “Chinglish” or “Spanglish” signs. For example, the city of Tokyo has undertaken a major effort to clean up the translation of its street signs. Instead of taking Japanese words and transliterating them into roman characters, the city is translating the words into grammatically correct English. However, doing such a project requires large-scale translation efforts that are constrained by limited resources, because qualified translators are hard to find. This is why we need “Big Translation:” moving translation into the digital sharing economy to allow it to scale at the rate demand is growing. Stepes One-on-One platform is a step in the right direction in that it will allow you to tap into a growing pool of in-country translators that can potentially number in the millions to provide immediate language assistance on a city- or country-wide scale.