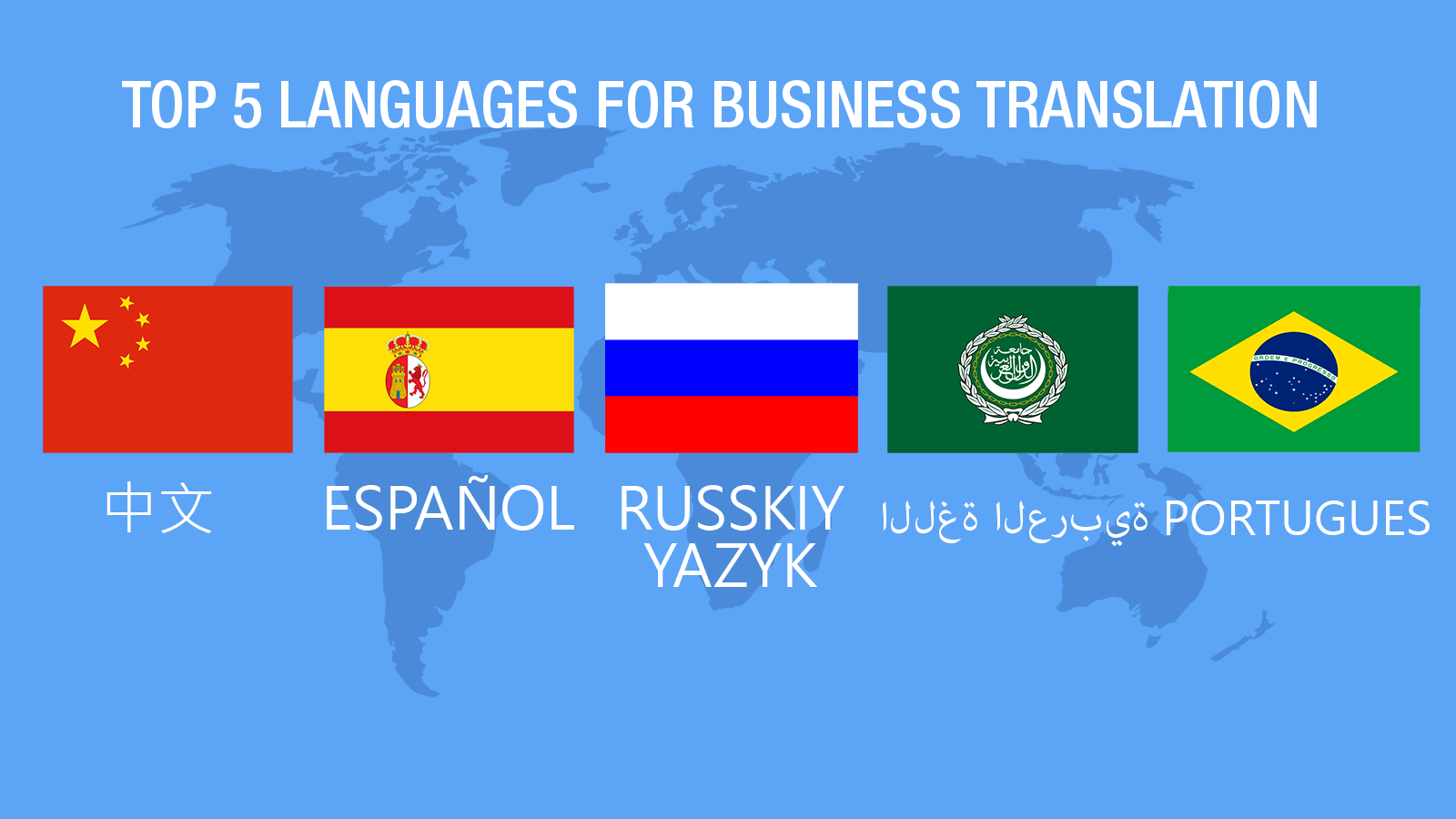 It is clear that the world is becoming increasingly connected and business today is certainly international. With the growth of the internet it is easier to reach audiences from afar but languages can still be a potential barrier. This is why translation is becoming ever more necessary as it paves the way forward for global interaction. Yet, with so many languages out there it can be difficult to decide which language/s you should translate into. While English may hold the top spot, here are the other 5 most important languages for international business, some might just surprise you.

According to Bloomberg excluding English, Mandarin is thought to be the most useful business language of the future. Approximately 14.4% of the world’s population are native speakers of Mandarin and it is by far the most widely spoken language in the world with a momentous number of 1 billion speakers worldwide. As so many individuals speak Mandarin it surely makes it an essential business language to translate into particularly as English is not widely spoken in China.

Furthermore, the Chinese economy has experienced astonishing growth in the last few decades; it is now the world’s second largest economy behind the US with a GDP growth of 7.7%. The dominance in the world’s economy makes Mandarin a noticeable source for business opportunities. As Chinese businesses are spreading globally, there is no doubt that China is an important consumer for many businesses.

As an official language of Mexico, Ecuador, Paraguay, United States and others, Spanish is an appealing language to translate into. In Europe, Spanish is the second most popular language after English and the second most spoken language in the world, just behind Mandarin. There are around 414 million Spanish speakers with prominence in both America and Europe.  ‘An estimated 37.6 million people in the U.S. speak Spanish as their first language.’ (http://www.businessinsider.com/reasons-for-learning-spanish-2014-2) For this reason, when considering doing business with the US you should aim to communicate to that country as a whole which includes Spanish. As the US has the world’s largest economy this makes Spanish enormously important for translation, particularly as Spanish is so widely spoken and the language will only continue to grow. Therefore, Spanish will not leave you unrewarded.

Russia is an international player; it is one of the six official languages of the United Nations which makes Russian an important language for international relations, diplomacy and trade. Due to the size of the country, its emerging economy and its natural resources, (it is the top oil producer in the world) this can easily make it appealing for businesses.  With around 250 million speakers, it sits comfortably as the world’s 8th most common language worldwide and 6 countries include Russian as an official language. (https://www.alsintl.com/blog/most-common-languages/)  Moreover, Moscow has the highest billionaire population of any city in the world! For these reasons, translating in Russian can be an important step for international business interests.

Bloomberg also ranks Arabic as one of the most useful business languages.  Arabic is important to consider for business translation as it will gain your business entrance into the Middle East.  Arabic, is spoken by 295 million speakers worldwide, is the official language of 27 different countries including the United Arab Emirates, Egypt and Israel. Furthermore, it is a significant player in business with its fast growing market. The internet is also rising in the Middle East and with many Arab speakers only speaking Arabic, translation is crucial and will give businesses an advantage in the international market. Therefore the importance of Arabic as an international business language is clear.

While Portuguese might not seem like on obvious choice, it is the official language of Brazil’s 209 million population. Brazil is currently ranked as the 9th largest economy in the world and Portuguese is ranked 6th as the most spoken language worldwide. Portuguese is the second most spoken language in Latin America (behind Spanish) and spoken in a number of African nations too. The demand for Portuguese in the US is also increasing and ‘although Portuguese has always been an important world language, it has only recently been recognized as an important language for business and international relations.’ http://languagemagazine.com/?page_id=3630  With Brazil becoming a global economic power and the Olympics just around the corner, translating in Portuguese undoubtedly has great business potential. Especially as Brazils business opportunities will only continue to grow.

To tap into the markets of powerful economies Spanish, Chinese, Arabic, Portuguese and Russian, or any other language with growing global importance can be an essential choice to consider.

Where should you go for translation services?

Stepes provides fast, reliable human translation, all from your mobile device making translation user friendly and highly efficient. Stepes can translate content into 100+ languages at a cost effective price, working with TermWiki to pick quality human translators. Businesses should always avoid using Google translate and other machine translation as they lack quality and never produce a sizable amount of material in which you can depend on. Therefore, doing so can ruin business reputation overseas.