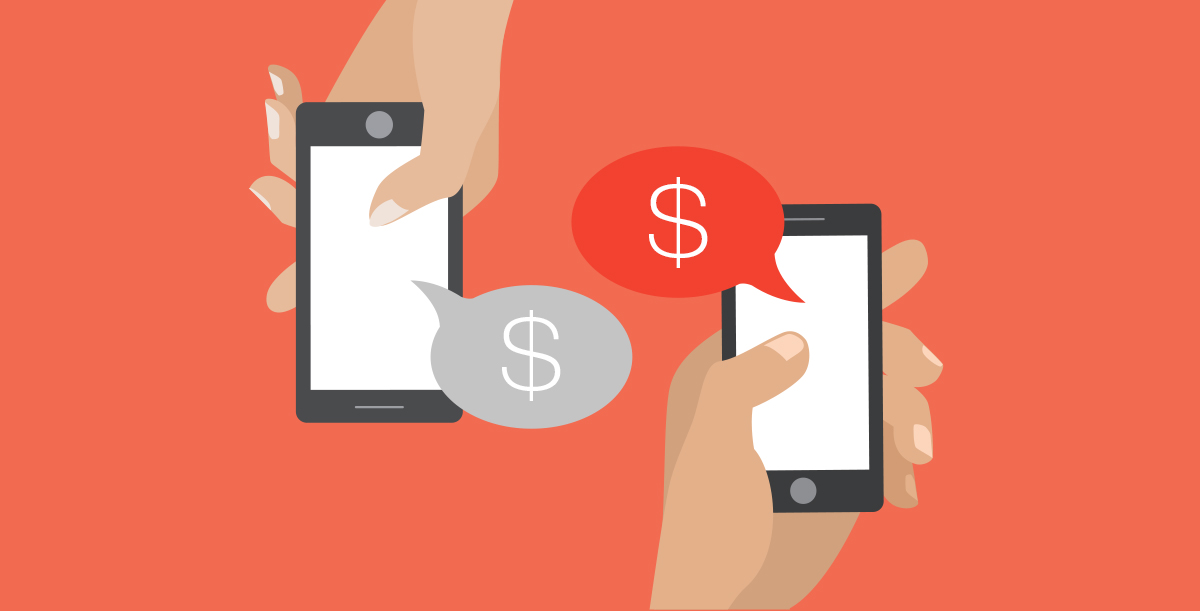 It’s official: 2016 will be the year conversational commerce makes waves.

What is conversational commerce? “Conv-comm” for short is a trend among e-commerce and resource-sharing platforms. It describes using chat, messaging, or even voice messages to communicate with businesses, brands, and other services.

At the crux of these two trends – the rise of conversational commerce and mobile messaging – is Stepes.

Some unique characterizations of conv-comm are its potential for intense personalization and seamless integration into existing social media networks. Our social media accounts are already personalized towards our interests and social networks; as conv-comm apps and bots integrate with these platforms or offer messaging platforms of their own, they will immediately be able to incorporate our existing social history and online profile information to deliver targeted suggestions and do it from a platform that is already incredibly familiar to each of us.

The move towards conversational commerce will also drive the development of new authentication platforms enabling the safe storage of private personal data and the exchange of virtual currency. Along the same vein, more and more (mobile) computing devices will have to make use of cloud technology so as to combine personal data with resources and computing power located in data centers accessed through the Internet. The result: all of us can have personal assistant-like services right on our smartphones that will merge with our existing apps and be tailored towards our individual preferences and relationships.

Downstream, the rise of messaging on e-commerce and resource sharing will also bring up a secondary need: the need for translation. E-commerce and social media companies are increasingly global, though regional strongholds still dominate. WeChat, China’s wildly popular do-it-all messaging app, says only about one-sixth of its 600 million active users are based outside mainland China. Meanwhile, WhatsApp and its new owner, Facebook – which has its own Messenger app – command more than a billion and a half active users in total but, other than heavy use in Hong Kong, hasn’t had much success in Asia. As each application saturates its user base domestically, the only direction for growth is global, meaning apps will have to go head to head to compete for new users in a variety of regions and languages to offer the best service.

This globalization of messaging and e-commerce requires more than just the translation of the apps interfaces – that’s the easy part. The harder part will be to scale up any kind of messaging support or service to a multilingual user base. So, for example, if Facebook wants to allow Amazon vendors to offer live user support to a customer in Brazil, all conversational services whether offered by a bot or human would need to be translated (rather than rewritten, which would be highly inefficient) to Portuguese. However, until now, traditional translation models couldn’t handle translating large amounts of short text into multiple languages at an affordable price. Stepes is well-suited for this kind of digital content and is adapted to the flexible and fast-paced rhythms of content generation today. It can handle not only customer support, but customer reviews, product descriptions, and e-commerce interfaces that all will require multilingual versions.

Moreover, Stepes doesn’t just facilitate translation; it takes advantage of the advent of mobile messaging to create a more intuitive and democratic translation tool. Smartphones are now everywhere; nearly 2 billion people already use them and by 2020, that number will increase to 6.1 billion. Meanwhile, the most popular functions on smartphones remain texting and using other chat-platforms. The average mobile phone owner checks their phone 221 times a day on average, much of the time to check their text messages. Text messages now comprise the majority of communication on our mobile phones, and most American adults prefer texting over calling. In other words, chat messaging on our smartphones is an activity that most adults around the world are very familiar with. By adapting the chat-interface and remaining mobile-centric, Stepes is accessible to anyone bilingual to pick up and learn how to use in a matter of minutes, regardless of education background or translation experience.

Furthermore, by using a chat-based format from the very beginning, Stepes is thus infinitely complementary to other conversational platforms that may arise. For instance, Facebook Messenger now allows users to call and pay for an Uber ride right from the Messenger app. WeChat is even farther ahead, and users can go online shopping and pay for bills right through the app. In the future, what if translation was another activity you could select through your favorite messaging app? You could earn money by translating in your free time, store that money electronically, and then pay for things like meals and movies, all from the same app. For businesses, imagine being able to get large translation jobs done by asking those currently online to translate short bits of text and send them back in a chat-based format. The scalability of such an application and the amounts of data it could handle would be huge. Because of Stepes’ innovative chat design, it is easily integrated with other apps and tools to create novel combinations of capabilities.

As conversational commerce personalizes commerce and makes it ever more bidirectional, Stepes and other new translation models will be at the forefront, quietly but crucially improving how we communicate with one another.