The wait for what has been a tepid response to the recent unambiguous actions taken by Russia, North Korea, and Iran is finally over. On Tuesday, Aug. 2, House Resolution 3364 was signed into law. The U.S. reports this latest sanction bill is legislation, “to provide congressional review and to counter aggression by the Governments of Iran, the Russian Federation, and North Korea….” The implication of this legislative action and the context from which this sanction’s bill is born necessitates of people everywhere to analyze its contents. The author provides here a cursory view of what is a considerably complicated global conflict that has and will continue to impact you. Lastly, this report is not a biased representation of the facts. It outlines what sanctions are, when they are effective, and what the U.S.’s latest sanctions intend to do; it is an effort to inform the reader.

Sanctions are either strategic or comprehensive in scope, and aim to restrict or stop international economic exchanges, foreign aid, or provision of military assistance for the purpose of compelling, denying or deterring political or military behavior. Strategic sanctions target the behaviors of individuals or organizations, while comprehensive sanctions prohibit the activity of a given country or region. Plainly put, sanctions are a tool—often economic—for compelling, denying or deterring behaviors determined to be a threat to general peace and security.

Sanctions should be thought of as an alternative to military force. The Council on Foreign Relations elucidates this notion, writing that, “Sanctions, while a form of intervention, are generally viewed as…a lower-cost, lower-risk, middle course of action between diplomacy and war.” Typically the goal of sanctions is “compellence”—getting a target to change its policies, where the threat of sanctions is usually enough to render a government or individual to acquiesce. In the past, sanctions have been applied using various schemes and methods to impede or depress abhorrent behavior. Two notable cases include the sanctions directed against British trade among Napoleon and his continental system of 1806-1814 and the freezing of assets and financial transactions of individuals suspected in acts of terrorism after 9/11.

Not to put too fine a point on it: the success of sanctions varies greatly. The great determinant of success weighs heavily on approach, circumstance and condition, and historical review. Time is often the greatest revealer of whether the effort to sanction a particular behavior is effective. Sanctions applied to those after 9/11 may have curbed the immoral acts of a few but did they alter or deter the long term endeavor of terrorist enterprises? No. Still, there are some well cited mechanisms in sanction policy that yield measurable and favorable results.

First, the conditions for effective sanctions must be ripe. The target needs to know that if it stops the behavior the sanctions will be removed. Further, sanctions need to impose significant costs in such a dynamic way that the target cannot find sufficient alternatives to its behavior, i.e. weapons, financing, etc. Lastly, the conditions of sanctions must be such that they do not impose to a high a cost on the administrator of the sanctions—“don’t jump into the fire if you can’t stand the heat”.

If the conditions explained above are ripe for sanctions then the following six mechanisms should be observed and implemented. First, the political objective and rationale for leveling sanctions should be clear and narrowly defined. Second, the most practical and commanding sanctions are those that possess multilateral backing. If country “A” assembles the involvement of countries “B,C,D, and E” to sanction country “F” the efficacy of the sanction is certainly enhanced. Third, any sanctions policy must include a mechanism for identifying and punishing states that subvert the injunction. Fourth, coalition states that lack the capacity to support the sanction (see last point in conditions for sanctions above) must be reinforced. Fifth, sanctions must include a comprehensive coercive strategy: at minimum, the threat of real or perceived force must be a potential outcome if the behavior by the target is not abandoned. Lastly, broad sanctions, or comprehensive sanctions tend to work more effectively on democracies, while strategic or targeted sanctions tend to be more successful against autocracies.

WHAT’S IN THE U.S. SANCTIONS BILL

If by now the reader is unaware or uninformed about North Korea and Iran’s nuclear capabilities and their expressed intentions, please find the nearest source materials to equip yourself with a picture of the scene. The recrudescence of Stalinist despotism flowing from Vladimir Putin’s regime, vis-a-vis efforts to annex Crimea, his propping up of Syria’s President, Bashar al Assad, a war criminal, and Russia’s interference in the U.S.’s presidential election this past year is alarming. This is neither condescension nor hyperbole; your liberty may very well depend on whether these belligerent actors restrain their antagonistic behaviors.

The President will impose sanctions on people or entities that:

— are members of the IRGC and foreign persons that are officials, agents, or affiliates of the IRGC.

— knowingly engage in activity that contributes to or facilitates the ballistic missile or weapons of mass destruction programs. This includes anyone who manufactures, transfers or even transports these capabilities.

— contribute to the supply, sale or transfer of certain weapons to or from Iran. These include battle tanks, armored combat vehicles, combat aircraft, warships and missiles, among others. Those contributing financial assistance or services related to these weapons can also be sanctioned. 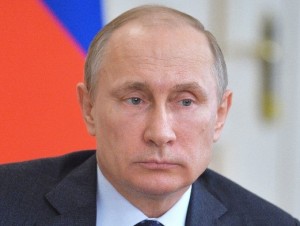 The Russian sanctions will target people and entities that:

— undermine US cybersecurity on behalf of the Russia government.

— conduct “significant” transactions with Russian defense and intelligence agencies (though this will come into effect six months from now).

— provide support to the Syrian government to acquire arms.

— invest, or facilitate the investment of, $10 million or more in the Russian government’s privatization of state-owned assets in a 12-month period that could “unjustly” benefit government officials or their associates. 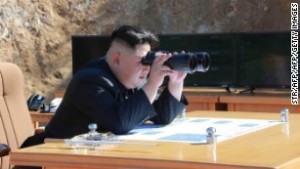 The President will impose sanctions on people or entities that:

— purchase or acquire significant amounts of certain metals and minerals form North Korea, including gold, copper and silver, as well as textiles.

— sell or transfer to North Korea significant amounts of rocket, aviation or jet fuel, crude oil, petroleum or natural gas, with some exceptions for humanitarian purposes.

— engage in online commercial activities of the North Korean government, including online gambling.